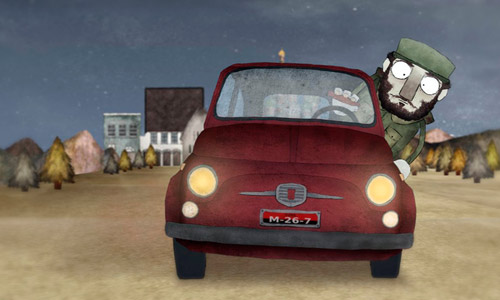 Video in Progress 5: Reflections of the Past

In 2013, to celebrate 50 years of video art dating to Nam June Paik’s first video installation in Germany in 1963, Magmart | video under volcano has organised the video art project 100×100=900 (100 video artists to tell a century). 100 video artists from all over the world created 100 video artworks, each of which is based on one year from the 1900s. In an attempt to propose an overarching narration of the last century, every one of the 100 artists was tasked with interpreting a different year.

Video art is intimately acquainted with contemporary languages and their grammar and syntax, probably as never before in the history of art. Furthermore, the progressive switchover to digital media, occurring in any form of expression through images, has been reducing the separation from other usages of the digital technologies. From this perspective, the tools of video art may be defined as the most suitable ones for artistic communication between the two millennia: it has the greatest potential to influence current forms of communication.

This approach to a collective and visionary narration of the century, through a plural, artistic outlook, aims at stimulating the public discourse about past origins of the present. The artistic freedom granted to the artists, whose only affiliation is the common undertaking to interpret a specific year of the past century, is likely to change our view of that past.

100×100=900 is also a call for artists to experiment their own production within a collective context: altogether, the artworks constitute a meta-layer of interpretation, at once including and overcoming each other. Although the artists’ awareness of this meta-layer has influenced the creative process, it has done so in unpredictable ways. This is the first time that such a project has been attempted in video art and it is an experiment in itself.

Magmart | video under volcano, is an international videoart festival, established in Naples, Italy, since 2005. Starting from its first edition, the festival has developed a partnership with the CAM – Casoria Contemporary Art Museum, an important territorial reality for contemporary arts, that has welcomed the 30 selected videos of any edition within its permanent collection. The festival is grown along the years, becoming a relevant event for international videoart. Recently Magmart became biennial, the IX edition will start on autumn of 2014.

Enrico Tomaselli studied art and graphics in Palermo and Rome, and now he lives and works in Naples.
Backed by a background of classical art that comes from a solid family tradition (the founder of the artistic tradition, his great-grandfather Onofrio, famous portrait and landscape painter in Palermo between 800 and 900, so for four generations, that have seen many painters, sculptors and potters), He followed the first creative stimulus at the Art School of Palermo, and then at the European Institute of Design in Rome, and he specialized in graphic design and communication; by almost twenty years he deals with multimedia design.
In 2005, he founded the international videoart festival Magmart | video under volcano, of which he’s artistic director.
As part of the activities related to videoart, he curated numerous exhibitions in Italy and abroad. He conceived and directed the international project 100×100=900, for the 50 years of videoart, and international project F.I.V.E. on the five senses.
For some years now he writtes a blog, in which he deals with cultural politics and contemporary art, and collaborate on these issues with some newspapers online.