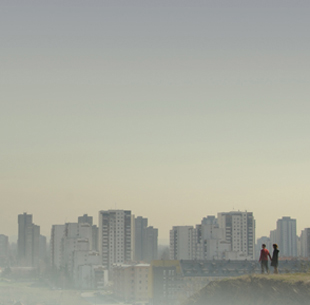 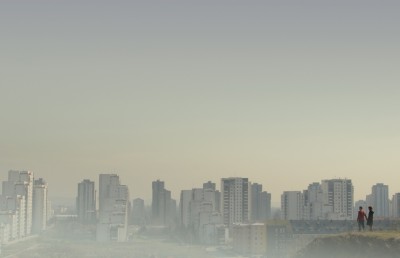 Today, economic, ecological and political crises push the world towards societal changes. In this era of globalisation, characterised by the unprecedented dominance of the visual experience, one may at one and the same time witness not only ever increasing complexity, but also the incessant interweaving of worlds that are physically perceptible from close up yet remote and digital at the same time. Digital technologies, economics-driven globalisation and political upheavals all accelerate our present. At the same time, they radically influence human lifestyles, migratory movements and transnational power relations. Despite our rising efficacy at surmounting distance and time, the world is fragmenting.

In view of these phenomena, the production and distribution of pictures, as well as the artistic development of future models – along with their imaging methods – play an important role. How will the emerging forms of political, social and cultural realities relate to artistic designs and models that range from dealing with ‘reality’ to utopian and dystopian visions?

Initiated as a kind of tribute to the American science fiction writer Philip K. Dick, whose novels situate the theme of simulacra (Jean Baudrillard) into artificial environments and artefacts, distURBANces was developed to question today’s urban and landscape representation paradigm by focusing on the distortion and the perversion of reality in our globalised world.

The exhibition shows how artists focus on, analyse and envision current developments, exploring questions such as: how does artistic photography today depict the acceleration of time in relation to space? What impact do the aforementioned changes have on people and their real habitat? How are the changes in human relationships to nature and the city reflected? Which utopias or dystopias do artists generate from the present situation?
The project, which focuses on different curatorial aspects in every city, presents a total of twenty-six international artists who follow different thematic lines, from an analysis of real life in its socio-political environment, or mankind’s abuse of nature, from utopian and dystopian visions to the development of model worlds.

In dealing with real, virtual, staged or simulated worlds, many artists explore the phenomena of artificial and mediated reality within a semantic context of heightened visualisation. With regard to the increasing reliance upon the virtual in everyday life, these artistic practices of mixed reality – in which the fictional world is depicted as indistinguishable from the real, and the real one as close to surreal – tend to dissolve the membrane between the real and the virtual.

distURBANces therefore challenges accepted perceptions of our relation to ‘the real’ in a world marked by constant transformation, where virtual environments determine an everyday life that seems closer to science fiction than reality. Contemporary artists contribute to a paradigmatic shift that at the same time frames their work. According to cultural geographer and philosopher Augustin Berque’s Les raisons du paysage, this change in paradigm causes images of landscapes to ‘acquire physical rather than a merely mediated reality’. Through aesthetic and artistic research, the exhibited artists address the ethical question raised by Berque as to ‘who has the right and the power to construct reality’.