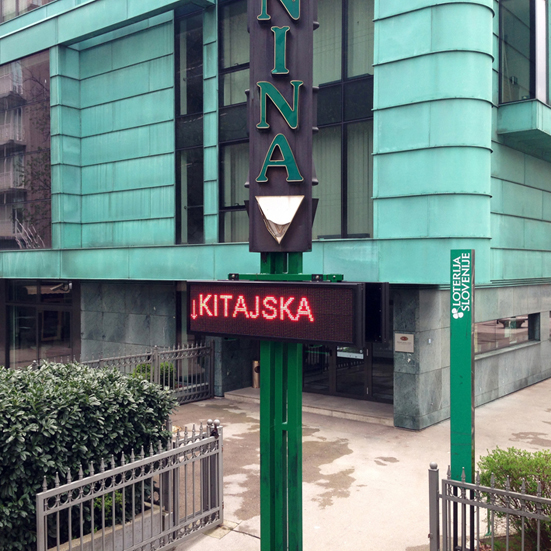 In 1941, the writer James Agee considered the camera to be “the central instrument of our time”. Today, this role has been taken over by mobile phones which have become almost indispensable to everyone. These devices have integrated so deeply into an individual’s everyday life (as well as thoroughly transformed it) as to become an inseparable part of their everyday experience. #ljubljana series by Matjaž Rušt comprises photographs taken with a smart phone to create an extensive collage of Ljubljana’s urban landscape. The artist creates an intimate reflection of urban everyday life that doesn’t reveal the unusual, odd or neglected but rather, and consciously, seeks and exposes its humorous side.  MORE…

JANEZ PUHAR (1814-1864): A documentary exhibition marking the 200th anniversary of the birth of the first Slovenian photographer and photographic inventor

The exhibition describes the life and work of Janez Puhar (1814-1864), the first Slovenian photographer and photographic inventor. In April 1842 Puhar invented a photographic process employing glass plates. His invention predates by five years a similar invention by the Frenchman Abel Niépce de Saint-Victor, a generally acknowledged inventor of glass-plate photography. The special characteristics of Puhar’s work were a chemical process involving sulphur vapours and a dry photographic process. The exposure initially lasted one minute, but later fifteen seconds in strong light sufficed. Only six of Puhar’s photographs have survived and are known today.  MORE…

Photography may not require a client and dares to utter the heretical thought: it is an end in itself. This means that it chooses its own object of consideration, the methods, the goals, and that it can develop the rhetoric of its own structural laws. This emancipatory ambition brings with it something else, too. The world that was solid and portrayable loses the status of authenticity with the emergence of photography’s own object of consideration. What was once considered the appearance of something becomes the essence of another structure. This means that the solidness that fueled the old appearance is not fixed anymore, the structures multiply and signifiers wander around and breed freely.  MORE…