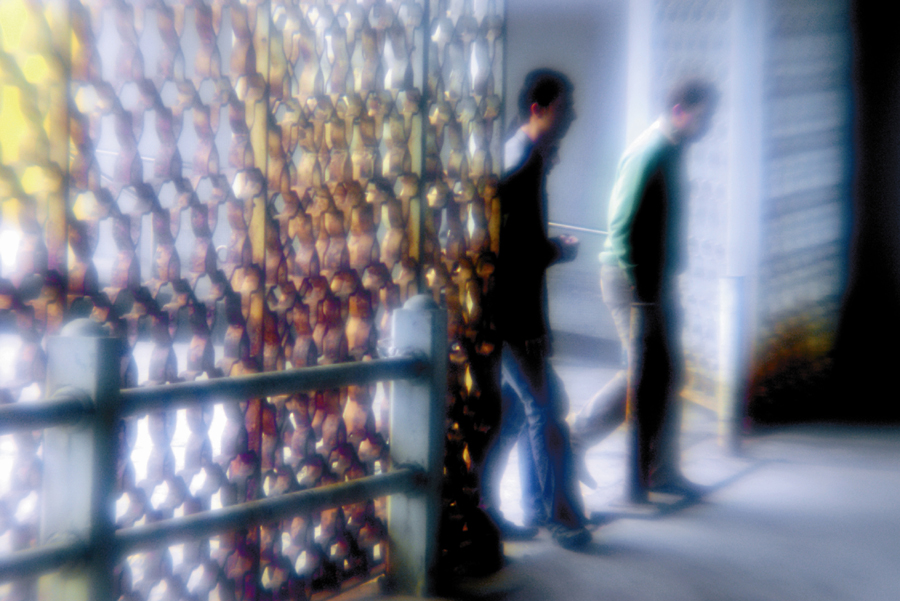 Since mid-1970s, Hup first participated with the street theatre company Predrazpadom, Hidrogizma sound and space project, as well as the Ana Monroe Theatre. Further to this, he participated with a number of groups and individuals who between 1975-1985 worked within Škuc and Forum associations, and in 1982/83 became one of the founding members of the then TDS Equrna. Hup was engaged in the fields of fine arts, photography, space and acoustic projects, theatre, and after 1991 he almost exclusively dedicated himself to photography, photo-editing and transposing of photography into the graphic medium. In the field of photography, Hup was a researcher who added a new dimension to the medium. He almost exclusively used a non-corrected monocle lens of his own construction. This approach resulted in a number of xeroprints and photographs which were in 1998 presented at Cities overview exhibition in Jakopič Gallery, Ljubljana. In 1997, he got more seriously engaged in experiments with digital photography. In many journeys, his sharp eye subtly recorded events of everyday life and scenes characteristic of individual cities. By being visually strong and timeless, Hup’s photographs go way beyond the basic function of documenting the physical world.