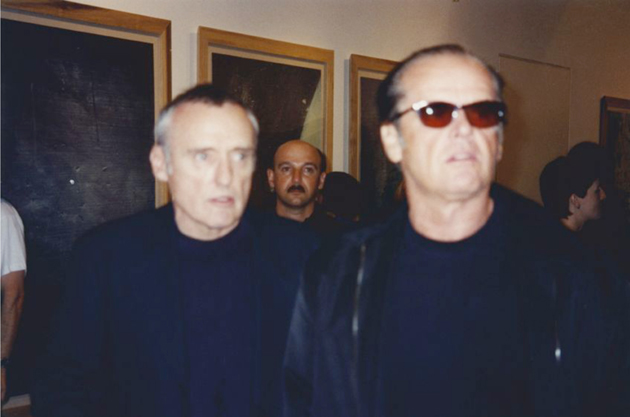 The 7th edition of the PHOTONIC MOMENTS – MONTH OF PHOTOGRAPHY – festival of contemporary photography opens on 30 May! The festival brings forth a series of exhibitions, screenings, lectures, discussions and gatherings.The opening of the festival will take place on Friday, 30 May from 8 pm at “museum platform” in Ljubljana with the exhibitions Zipped Worlds: Photography in Public Domain in Kult 300 Gallery, A Balkan Tale in the Slovene Ethnographic Museum Synergy of Sarajevo at SEM Café. After the official opening outdoor party and DJ programme will take place.

The main topic of this year’s festival is ‘photography in public space’, particularly highlighting those photographic and art practices whose subject matter reflects a close relationship with various phenomena relating to public spaces and the public sphere. More about the exhibitons:

Zipped Worlds
Zipped Worlds is a collaborative project by partner organisations Photon – Centre for Contemporary Photography and Trieste Contemporanea, in which a group of curators (Giuliana Carbi, Susanne Gamauf, Brigitte Konyen and Dejan Sluga) explore new concepts of public and private, as communicated through the (present) use of photographic images. The exhibition at Kult 3000 Gallery brings together a selection of works from the larger project involving 15 artists from different European countries.

A Balkan Tale
A Balkan Tale project deals with the Ottoman cultural heritage in the Balkans. The resulting group show aims to stimulate public discourse about the history of this area, to promote a sense of common history based on religious and ethnic co-existence, and to contribute to public access to and the preservation of its cultural heritage. Recent data indicates that the cultural heritage of the Ottoman Era in the Balkans is greatly threatened, as over 98% of existing Ottoman period buildings have been destroyed. Furthermore, historians have established a link between the use of history and the potential of inter-ethnic violence in the region.

G.R.A.M.
The Austrian artists collective G.R.A.M. was founded in 1987. The ‘band’ has been working for the past 10 years as a duo (Günther Holler-Schuster & Martin Behr) in various fields of artmaking: photography, film, video, performance and painting. Among their best known body of work are Paparazzi and Re-enactments which are mostly focused on famous or very popular type of images, no matter where these images come from (e.g. popular culture, mass media etc). Images from these fields are being manipulated, enacted, quoted or sampled.

Synergy of Sarajevo
Synergy of Sarajevo – Expressing European identity through the eyes of the Sarajevo people is a collective artwork created across different locations in Sarajevo between 2012 and 2014 in frames of the International Festival Sarajevo Winter. The project was aimed at anyone who wanted to identify themselves with a self-portrait and make a statement expressing their views on, and vision of Europe. The professional self-portrait studio invented by Bojan Brecelj is a registered copyright (CC) under the name of Selffishstudios.