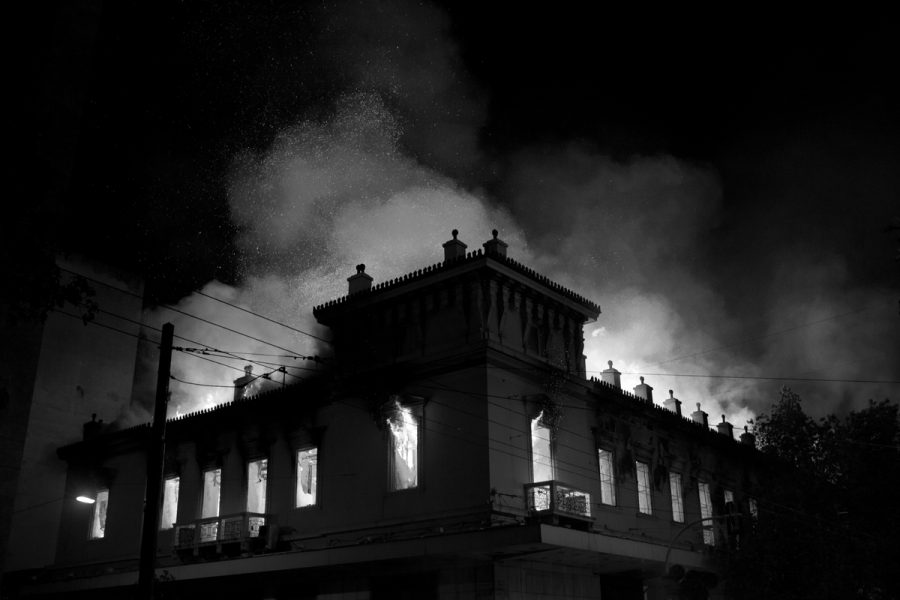 Festival prize has been awarded to Vangelis Georgas

This year’s festival’s prize has been awarded

Festival prize has been awarded to Vangelis Georgas

The prize was awarded for the best portfolio in frames of first Ljubljana’s Portfolio Review. The winner will be enabled solo exhibition in Vžigalica Gallery (Museum and Galleries of Ljubljana) in 2013.

With the identical number of votes the second place is shared between following photographers: JURE KASTELIC (Slovenia) and FEDERICO SUTERA-SARDO (Italy).

In the opinion of twelve-member commission VANGELIS GEORGAS received the award for his No Such Thing As Orient and Athens – Economical Crisis series of photographs.

The images of No Such Thing As a Real Orient are a personal documentary constructed after several trips to India since 2008. Artist tried to reconcile an excessively romantic idea about the place and its representation, with the realities of one of the fastest growing economies worldwide, and the consequences of social inequality and deep poverty for big parts of the population. The project is theoretically inspired by Edward Said’s anti-essentialist understanding of both “the West” and “the Orient”: He insisted that “there is no such thing as a real or true Orient” and that there is no necessary privilege of an “insider” perspective over an “outsider” one.

With the Athens-Economic Crisis project (in progress) the artist deals with the aftermath of the economic crisis and its socioeconomic and political consequences in Athens, Greece. Questioning stereotypical photojournalistic ideas about the representation of the crisis, he focuses on how the atmosphere of the city has changed during the last 3-4 years. His photographic narrative is built around the contrast between isolated people in the city, and venues where new collective identities are constructed.

VANGELIS GEORGAS (1980) is an artist who lives and works in Athens!