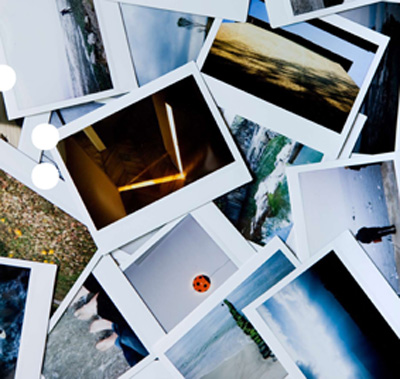 Jan Babnik (Slovenia): Jan Babnik is a free lance editor, curator, critic and photographer. He is editor in chief of the Slovenian magazine on photography Fotografija.

Michaela Bosáková (Slovakia): Michaela Bosáková is a curator and project manager of the Central European House of Photography in Bratislava, Slovakia. She is the production editor of a publication on the History of European Photography 1900 – 1938, a major up-to-date publication about the development of photography in Europe. She is looking for new emerging artists, who are trying to bring new trends and ideas into the contemporary photography, and who can exhibit in the future at the Central European House of Photography.

Paul Di Felice (Luxembourg): Doctor of Visual Arts, Paul di Felice is in-charge of the Visual Arts Laboratory and Senior Lecturer on Art History and Visual Arts Pedagogy at the University of Luxembourg. He has been one of the two workshop leaders of the annual Art Workshop organised by Casino Luxembourg – Forum d’art contemporain in collaboration with University of Luxembourg, since 1998. He also works as an art critic and as an independent curator of international contemporary photography exhibitions. He is an active member of AICA and co-organizes the European Month of Photography in Luxembourg. Since 1984 he is co-editor and co-publisher of Café-Crème edition, an international art and photography magazine. He has been invited as a curator to international photography meetings such as Pingyao International Photo Festival (China, 2008) and Les Rencontres d’Arles – Photographie (France, 2008). He has been frequently invited as jury member for exhibitions and contemporary art biennials.

Primož Lampič (Slovenia): Primož Lampič is curator for photography at Museum for Architecture and Design, Ljubljana, Slovenia. He graduated at the Faculty of Art at the University of Ljubljana. There he got his M.A. and doctor degree as well. As a curator he gained more personal and collective artistic and photographic documentary collections, collection of old cameras and International art collection Junij. He has prepared a series of photo–exhibitions and he is an author of several catalogues, photo–monographs and scientific papers. As a juror he has participated at several Slovenian photographic exhibitions and competitions. He is a senior lecturer at the Faculty of Art in Ljubljana. Since 1992 he is a member of the Slovenian Association of Art Critics. From 2004 to 2010 he was the editor of Fotoantika, Slovenian magazine for the history and theory of photography.

Thomas Licek (Austria): Thomas Licek is Managing Director of Eyes On – Month of Photography Vienna. Working as an Art Manager since 1991 he is organizing this event since its beginning in 2004. Eyes On is held every two years in November and promotes exhibitions in museums, galleries, and art spaces across the city. In 2010 more than 200 photo exhibitions have been on view at over a 150 venues, accompanied by an extensive program of events. Eyes On is part of the European Month of Photography, which aims to boost the international photography scene. Thomas Licek is interested in seeing contemporary work made by young or emerging photographers.

Roberto Muffoletto is director of VASA, an online center for media studies with a focus on photography and digital art.  He earned his MFA in Photographic Studies from the Visual Studies Workshop/SUNY Buffalo (USA).  He earned a Ph.D. from the University of Wisconsin at Madison.  He was also a Fulbright Scholar at the University of Iceland.  Roberto is the founder and past director of CEPA Gallery and Workshop in Buffalo New York (USA), and is past editor and publisher of Camera Lucida, and editor of Frame|Work (published by the Los Angeles Center for Photographic Studies).  His recent books include “Berlin Diary”,  “Threshold Crossing”, and “Train to Enschede”.  He recently exhibited his photographs at the Albright-Knox Art Gallery (USA).

Milan Pajk, professor at the Academy of Fine Arts, University of Ljubljana. As a photographer, he won several important national and international awards (e.g. 1981 Prešeren Award, 2000 I. prize in the Hasselblad competition), between 1976 and 1978 led Focus Gallery in Ljubljana, 1980 founded Studio Znak. Until 2000 worked as a freelance photographer in the fashion and advertising, and later as a professor, writer and photo editor. Together exhibited in 18 solo and 20 group exhibitions.

Fernanda Prado (Brazil): Fernanda Prado is a photo editor, independent curator, journalist and photographer. From Sao Paulo, Brazil, she concluded a Master in Photography and worked with photo edition at Valor Economico – the most important Brazilian financial newspaper. Now based in Slovenia, she develops researches in photography, projects and articles about photography. She is the coordinator of Photonic Moments Portfolio Review 2012.

Peter Rauch (Slovenia): Peter Rauch is a photographer and lecturer of contemporary and fine art photography at the Higher School of Applied Sciences (VIST). He studied at the Faculty of Architecture in Ljubljana and Central Saint Martins College of Art and Design in London. He is co-editor of the Slovenian magazine on photography Fotografija.

Katia Reich (German): Katia Reich is an art historian based in Berlin. Since 2012 she is the curator of the European Month of Photography Berlin. Since 2005 she has been the project manager of the Berlin Biennale and KW Institute for Contemporary Art. In 2003 and 2005 she managed the German Pavilion at the Venice Biennale and co-edited the book Germany’s Contributions to the Venice Biennale 1895–2007 (German edition 2007 / English edition 2009). From 1999 to 2004 she was curator in the section of photography at the Neue Gesellschaft für Bildende Kunst Berlin. Her focus is art photography, conceptual photography and social-documentary photography.

Zsolt Olaf Szamódy (Hun): Szamódy is a freelance photographer who currently acts as chairman of the Hungarian Association of Photographers. He was member of the curatorial board of the Hungarian Photo Week in 1998 and of the following Month of Photography next time. Since 2002 he has been acting as chairman of the Association. It was under his leadership that the Month of Photography 2006 and 2008 event joined the international Photofestival Union organisation which elevated the project into the international domain. He is mostly interested in classic and documentarist photography as well as the use of archaic techniques for creating pictures. Currently he pays much attention to experimental approaches in photography as well as attempts at renewing the visual language of photography. He is also interested in art that cross-merges with photography as a medium.

Gabriella Uhl (Hun): Gabriela Uhl is graduated first history and literature (MA) at the Eötvös Lóránd University (Budapest), writing her PhD thesis about the Central-European baroque literature. She studied economic at the Corvinus (Economical and Technical) University and graduated art history (MA) at Eötvös Lóránd University, both in Budapest. She worked as a researcher at the Hungarian Academy of Science afterwards as a chief curator of the Ernst Museum (part of the Art Hall Budapest). She spent four years in Baltic States working as a correspondent of the leading Hungarian art magazines and research fellow of the Contemporary Art Center (Tallinn, Riga). She lectures art history and cultural management at the Moholy-Nagy University (University of Art & Crafts, Design), Budapest. As a researcher she specialized on the marginal and gypsy art. She is the author of many publications on the contemporary Hungarian and Central-European art scene.

The competition starts with entries of works by e-mail