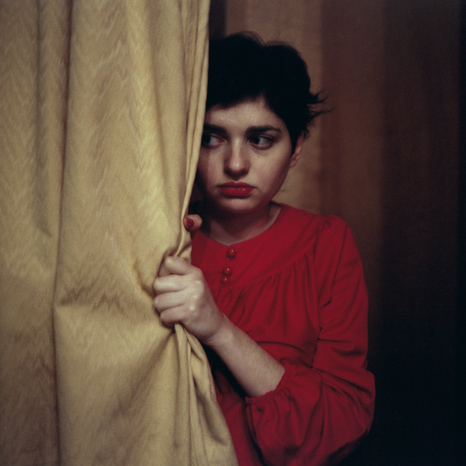 Trine Søndergaard and Gina Zacharias belong to the younger generation and more eminent representatives of contemporary photography and art scene in Denmark, although they are both working in broader international art world. In her last projects Trine Søndergaard (1972) deals mostly with the portrait and landscape photography. In the series Monochrome Portraits we are confronted with the works primarily defined through use of colour or shades of colour. In the series Hesitating Silence Gina Zacharias (1975) is offering the viewer two different ways in “reading”; we could interpret particular works as “fragments of reality” or as images containing some hidden meaning.

Trine Søndergaard (1972) is a Danish visual artist, creatively based in medium of photography. She graduated from The Danish School of Art Photography (Fatamorgana) in 1996. She has received numerous awards and grants, her work is also included in some major public and private collections. Her approach range from documentary and diary sketches to conceptual photography, however; in recent years she has focused primarily on the landscape and portrait. In the series Monochrome Portraits we are confronted with the works primarily defined through use of colour or shades of colour. Special treatment of colour continues in the surrounding frame, which is coloured by hand. The colour layer enhances the motifs’ introspectiveness, because the portrayed somehow disappear into their colour field. Such a perception is supported by the position of the sitters, who are seen mainly in a profile or even in quarter profile from behind. Minimalist expression and specific use of colour create a special mood; image becomes a kind of mental space, where artist explores subtle individual gestures. Yet she’s not interested in psychological treatment; with the mentioned approach she is exploring the limits of genre, which she’s shifting from representative individuality to conceptual universality.

Gina Zacharias (1975) has studied at the Glasgow School of Art and continued postgraduate studies at the Pratt Institute in New York. She’s been represented at many international group and solo exhibitions. We could go two different ways in “reading” Hesitating Silence; we could interpret particular works as “fragments of reality” or as images containing some hidden meaning. In the absence of any common subject, some images appear as central or principal for the understanding of the whole body of work. Such is the image of the young girl standing slightly hidden behind a curtain; body gestures express young innocence, however, her flashing red dress, red painted lips and red nails introduce some ambiguity. Similar tension is revealed in many other images, also in some landscapes, which seem to be inaugurated in the series in some peculiar metaphorical context.